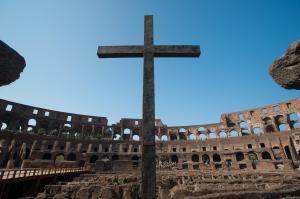 Recognizing a false prophet or minister can be daunting at times. However, the Bible gives us clear guidelines as to how to identify someone who is misrepresenting God for their own purposes. It is imperative that we are able to recognize the activities of any false minister (or layman). Jesus warned His disciples about false ministers who would come (Matthew 7:15-20).

One true way to recognize false ministers is by the fruit that they bear. Fruit refers to their lifestyles and not their ministries. Moreover, not everyone that is false calls himself an apostle or prophet. Though false prophets exist, there are also false evangelists, pastors, and teachers. In our last post, we discussed the character traits of false ministers. In this present post, we will look more closely at their activities in particular. Regardless of the title that a false minister has, he (or she) will exhibit some, if not all, of the following 8 activities in ministry.

1. They preach that godliness is gain. Godliness to false ministers means prosperity and healing. They seldom teach against sin. They promote serving God for what you can get. (I Timothy 6:3-5) They only teach that you belong to God and should have the best. They promote the concept that God only wants you blessed, without declaring that God also wants character, integrity, and holiness in His people. Their doctrine focuses on the miraculous work of God and His blessings, exclusively. They promote God’s blessing, rather than God and His Christ.

2. They preach for money. False ministers will always include money in their ministry. No matter the topic or subject, it will end up on money. They will twist scriptures to manipulate the people into giving to them. Remember: NO APOSTLE, PROPHET, OR MINISTER OF SCRIPTURE EVER ASKED FOR MONEY OR REWARD FOR MINISTRY. We should give to ministers that have blessed us, but it should never be by their request. We can bless those that have blessed us spiritually. In the scriptures, they would bring a gift to the prophet because they wanted to, not because he asked or demanded it for ministry.

3. They use witchcraft. The prophets and ministers of the Bible never used rituals and spells to relay God’s message. Prophets sometimes “acted” or demonstrated the prophetic word as the Lord directed. Beware of ministers that warn you about objects and things without any spiritual basis or insight. When they begin to tell you to use certain oils, water, or cloths to receive a blessing, it is a sign of falsehood in ministry.

4. They operate in false authority. False ministers do not operate in godly authority. They establish their own authority in the Body of Christ. They disguise their wickedness by first appearing as true servants of God (2 Corinthians 11:13-15). Paul stated that those who are false would resemble those who are true. However, once they have gained some respect, they will attack other leaders. The false apostles and leaders of Paul’s day tried to defame him and establish their own authority in the churches. False ministers use this tactic today. Through the defamation of others, they exalt their personal ministries.

5. They twist the scriptures. Another tactic used is misinterpretation of scripture to establish authority. They find scriptures that refer to ministerial authority and claim it for themselves. They scare believers into thinking that because they are ministers, they are superior to others. True ministers will be humble men and women. They will not promote their personal ministries. The authority that they operate in is recognized in the Church.

6. They prophesy lies from their imaginations. False ministers will make up lofty prophetic utterances. They will seem very spiritual, but oftentimes vague in content (Jeremiah 23:25-26). In addition, they prophesy their own desires.

7. They possess a controlling spirit. False ministers will use manipulation to gain followers. Once people begin to follow them, they scare the individuals into staying. They tell individuals that if they leave, God will not be pleased and the like. In addition, false ministers will try to control the people’s personal lives. By using false authority, they will tell people whom they can marry and where to work. False ministers operate in a similar fashion to cult leaders.

8. They separate themselves. False ministers will separate themselves from the Body of Christ. However, the Body of Christ is encouraged to stand in unity and gather together (Hebrews 10:25). They will say that God called them out of the Church. They sometimes will say that no one in the Church understands their ministry. False ministers will say they have a revelation of God that no one else has.

Though there may be others ways to recognize false ministers, these eight will aid us as we strive to identify true ministers of God. 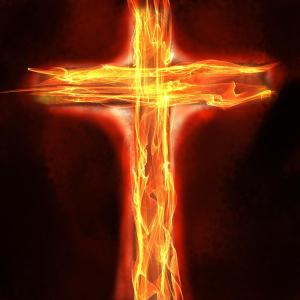